Long Beach Animal Care Services Document Archive
The documents on this page have been requested through the California Public Records Act by No Kill Long Beach.

In the e-mail chain below obtained through the California Public Record Act, Gerardo Mouet, then-Long Beach Parks Manager, informs Pat West, then-Long Beach City Manager, that he has been working to "deflect blame" from SpcaLA around the removal of an adoptions banner at the LB shelter.

Animal advocates had asked for the banner to be put up to increase adoptions, and alleged that SpcaLA, in massive overreach of its rights, had required LBACS to take the banner down so that more animals could be adopted from SpcaLA, rather than LBACS.

In the e-mail, Mouet tells West that he wants to keep the incident from becoming a "dramarama story" in response to reporter Kacey Montoya's question about whether SpcaLA had indeed demanded the LBACS sign to be taken down.

Read from the bottom up to preserve chronological sequence of events.

​Animals
Kennel Statistics Reports can be found here. (Raw data showing all outcomes for all animals at LBACS)

This sign was briefly posted at Long Beach Animal Care Services (LBACS) in January 2019. It was soon taken down because it inaccurately explains the adoption process at LBACS ("Green Tag" - right side). LBACS does not allow people to adopt from LBACS directly; staff direct people to go to SpcaLA to adopt an LBACS animal. This results in roadblocks to lifesaving because 1) SpcaLA has very high-bar adoption criteria and 2) it creates a double-application process (people can return to the LBACS side of the shelter if their application is declined by SpcaLA; however, they are often not told that.)

The left side of the photo ("White Tag") shows that LBACS does not allow staff to handle animals for 6 to 10 days after they first arrive. This is stressful for animals as they have to cope with the new, often loud, shelter environment. Animals should be handled, and they should be placed in foster homes as soon as they arrive at LBACS -- with the proviso that if the owner comes to retrieve the animal, the animal must return to LBACS for owner redemption.

Text: White Tag? I may be somebody's lost pet and I'm waiting to be claimed. I can't be handled by any staff or volunteers, please don't take my picture. 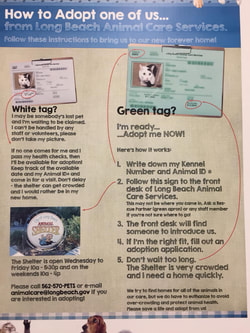 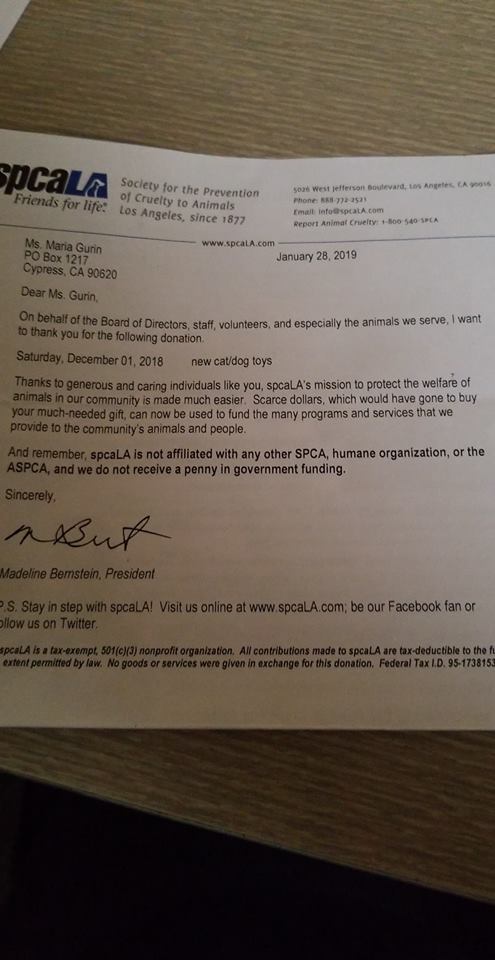